We are the first truly global brand and retail services provider.

At Dynamic we speak retail, and our global language transcends cultures. With over 120 employees in multiple strategic locations around the globe, Dynamic represents a new paradigm in the brand and retail services environment. Why? Because not only do we know our client’s business, we understand their customer.

For over 25 years we have developed a wide range of innovative retail execution strategies, technologies, and in-store experiences to support some of the world’s most iconic brands.

So whether you have a 1000 locations, an experiential pop-up, or a corporate environment, we’re able to provide the same seamless service and unquestioned reliability in support of your brand effort. From design inception, site survey, installation, logistics and build out, through ongoing maintenance, we will keep your space looking like it did the day it opened.

Your space is our space.
So let’s make it Dynamic. Together.

Our Global Management Team is exactly that. A true team.

The Dynamic executive leadership team comes with a complementary and diverse skill-set, and a level of trust in one another that translates to complete confidence in what we can provide you and your particular project. 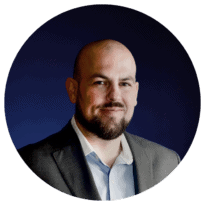 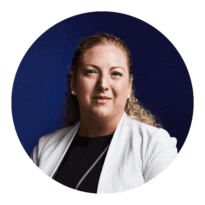 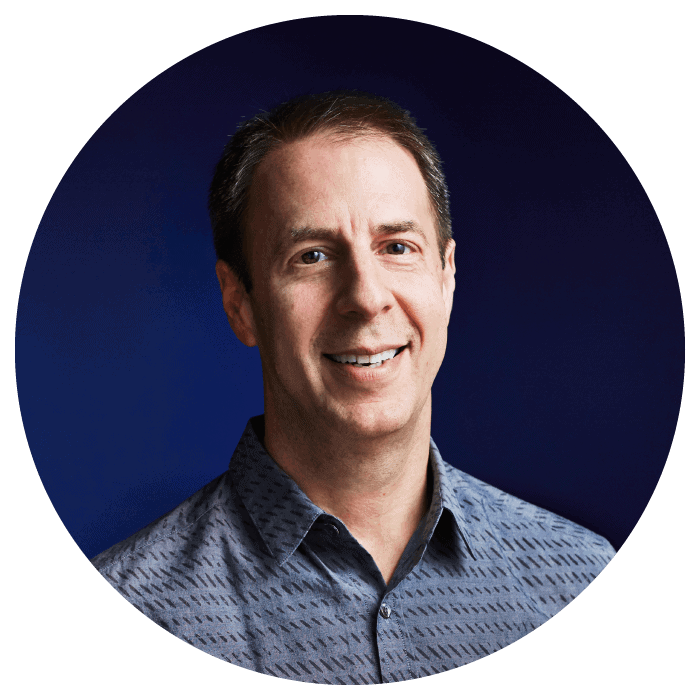 Evan launched Dynamic from his living room in the “dial-up modem days” of 1994. Within 5 years, Dynamic had placed 60th on Inc. Magazine’s listing of the “500 Fastest Growing Companies in America”, and was working with some of the biggest brands on the planet. Evan has been in the Brand Services industry for over 30 years, starting as an Account Manager for Trimco, then as the Director of Installation Services for Myden Industries. Evan graduated with a BBA in marketing from Hofstra University and completed the 3-year “Advanced Business Program” at MIT. He is a volunteer with New York Cares, Starlight Children’s Foundation, and The Hofstra Career Assistance Network. These days most of his spare time is spent with his family, cooking his highly requested pancake breakfasts or using his construction skills to build forts with his 5 year-old daughter and 2 year-old son. 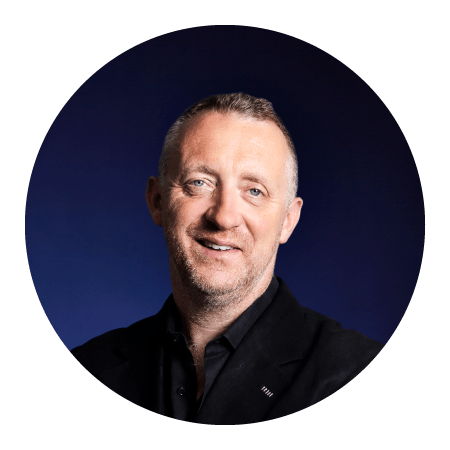 Gerry established Dynamic’s presence in the EU in 2007. A UCD Graduate of Engineering, Gerry began his contracting and construction career in mainland Europe until moving to New York in the mid ‘90s. While there, he established himself as a force in the brand retail services industry. In 2007, Gerry brought Dynamic back to Europe, opening a headquarters in London and later, an office in Dublin. Gerry splits his time between the US and EMEA developing new client relationships and growing and supporting existing business. On the rare occasion when he is not in the air, you may find him on the water, as one of his major passions is boating. 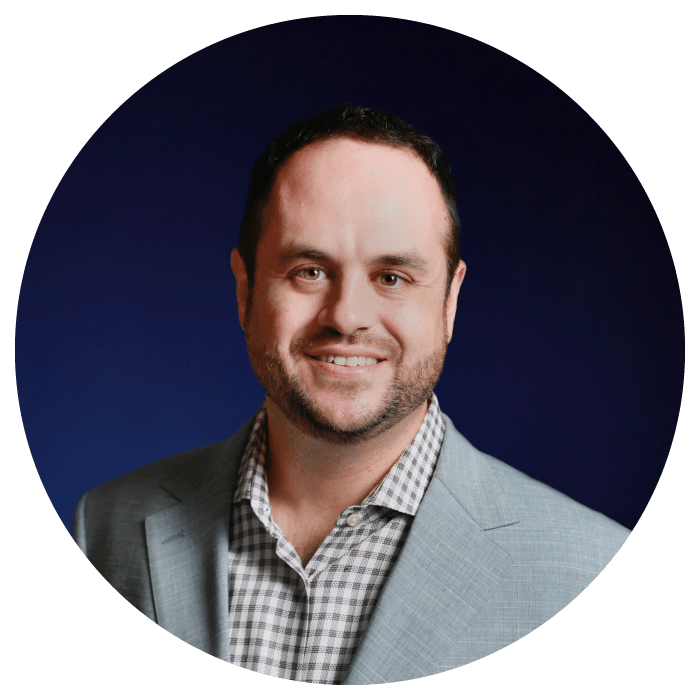 Scott joined Dynamic in 2004. He currently serves as an Executive Vice President, and leader of Dynamic’s Atlanta Office. Scott’s career at Dynamic began in the New York office where he held multiple roles in project management, team leadership, new business development, and company operations. In January 2017, Scott moved to Atlanta where he remains involved with the company’s overall growth and strategy, while cultivating new business relationships, and growing the talented Atlanta office team. Prior to joining Dynamic, Scott’s background was in event marketing where he managed the logistics and execution of promotional events around the country. Scott holds a BA in Economics from the University of Maryland, and an MBA from City University of New York, Baruch College. Scott is a board member for Horizons Atlanta, and in his spare time, enjoys golf, watching sports, and adventures with his wife (Melissa), son (Beckham), and crazy little rescue dog (Rocky).

Rich joined Dynamic in 2006. He began his career at AMP, a media and marketing agency executing million-dollar field marketing programs for established brands such as Verizon, Citibank and Staples. Rich has spent the last 13 years building strong client relationships and executing a wide variety of projects, including custom events, and large construction projects for some of Dynamic’s biggest clients. Rich works closely with the Global Sales and Project Management Teams to introduce and integrate new clients into the company. An avid sports fan, Rich has applied the same philosophy to his role at Dynamic, from team building, leadership, and commitment, to his desire to mentor others. Rich enjoys traveling, experiencing different cultures, and loves a good beach vacation. Laurie joined Dynamic in 2009. He has worked as a supplier to retailers on a global scale for over 15 years. After graduating university with a degree in Retail Marketing, he moved to Sydney, Australia to work for Unilever in a global sourcing and supply role. Once back in the UK, Laurie continued his passion for retail and brand work in a European export role for a multinational manufacturer, and over the next 10 years he worked as a partner to some of the largest retailers in the world. This would regularly require the management of in store initiatives involving 500+ stores. Laurie was one of the founding members of Dynamic in Europe and today manages the European offices. Laurie spends his spare time keeping tuned up for triathlons whether it’s on his bike or in the pool. Debra joined Dynamic over 15 years ago. She has over 35 years of experience in finance in multiple industries such as publishing, real estate, manufacturing, and restaurant services.  Debra has worked for Forbes Magazine, ABC, and Nathan’s Famous. Her responsibilities as Vice President of Finance are to manage the day-to-day accounting functions. In Debra’s spare time she enjoys sports and supporting non-profit organizations. Larry joined Dynamic in 2017. Previously Larry was CFO of Di Giorgio Corp, a $1.6 billion NY-based food distributor; US Corrugated, a $650 million manufacturer; and a variety of Private Equity backed portfolio companies. Larry is responsible for financial reporting, credit and risk management, financial planning and analysis, and the international tax aspects of Dynamic. His experience with capital markets assists Dynamic in assessing its options as it embarks on its unified global growth strategy. Larry is a licensed CPA. He enjoys rock climbing, spending time in nature with loved ones, and describes Yosemite National Park as his favorite place on earth. Mark joined the Dynamic team in 2004. Prior to this, Mark had a long career in retail that spanned installing high-end retail displays in New York City to leading teams in evaluating retail environments and researching consumer behavior for Paco Underhill at Envirosell. After several years in Dynamic’s New York office, Mark relocated to Portland, Oregon in 2008 in order to open the company’s first North American satellite office. Currently, Mark serves as manager of that office and contributes to Dynamic’s policies, structure and global growth. Mark is an avid animal lover and is committed to donating time and resources to animal shelters, rescue organizations and dog advocacy groups. He lives in Portland, OR, where he indulges his passions for mid-century design, eating good food, playing hockey and spending time with his family. 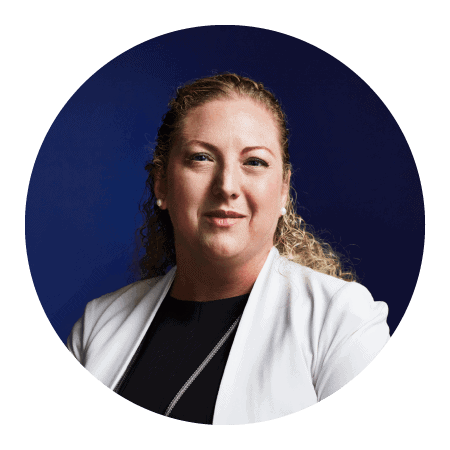 Jillian joined Dynamic in 2007 and serves as Vice President of Operations. In this capacity, Jillian leads the advancement of the company’s operational systems, processes, and policies. A strategic and accessible leader, she drives growth and development of the organization’s project management and field resource teams. Prior to joining Dynamic, she worked within the Creative Services department at The Timberland Company where she executed various store planning and fixture branding initiatives. Jillian received her BBA in Marketing from The Isenberg School of Management at the University of Massachusetts in 2004. She resides in Westchester, and when not at work, cherishes her time with her husband, Tommy, and two children, TJ and Shay. Rob joined Dynamic in 2014. His career spans 25 years and includes managing commercial construction projects in the EU, US, Canada, UAE and Qatar working with clients such as IBM, ESB Networks, Trinity College Dublin, Dublin Airport Authority and Doha International Airport. As Global Construction Director, Rob oversees the development needs of Dynamic’s portfolio clients such as Ted Baker, Sonos, Swarovski, Morphe Cosmetics and more. In addition, Rob plays a key role in developing new business through Dynamic’s Construction Management division. Rob enjoys traveling the globe, and whenever possible getting in a little snowboarding, running, and a bit of a read. Dan joined Dynamic in 2018. He brings over 30 years of experience in the brand retail environment, working with premium brands such as Levis, Nike, A&F, and Skechers. Prior to joining Dynamic, Dan was a partner at Andres Imaging & Graphics and ran sales and business development for Moss Retail & Environments, developing, manufacturing, and installing powerful branded environments. Dan’s responsibilities include overseeing Dynamic’s global sales effort and expanding the company’s presence in challenging growth areas. In Dan’s spare time he can be found chasing a golf ball, and his grandchildren. 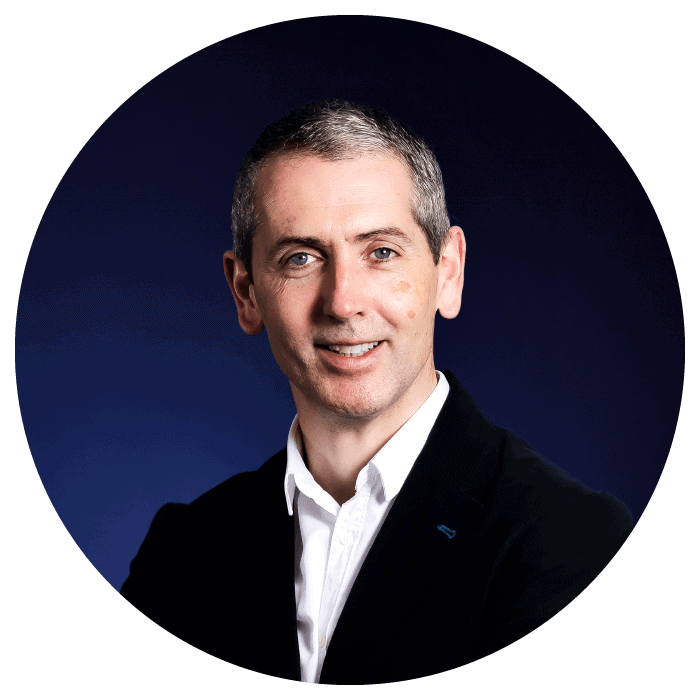 Tom has been with Dynamic since 2009. He has helped position the Dynamic brand across all touchpoints. He provides visual communication solutions for all clients including store iconic installations, advertising campaigns, environmental graphics, branding initiatives, and web and social content management. Tom enjoys the challenge of breathing new life into aging brands and refreshing and redirecting existing brands. He manages Dynamic’s graphic design and digital media studios. Tom has worked on domestic and international accounts such as National Lottery Ireland, Bord Gáis Energy, Diageo, Vodafone, Nike, Descente, Hugo Boss, Lego and HSBC among others. In his spare time, he enjoys running, cycling, going to the gym and hoarding his retired Apple computers! 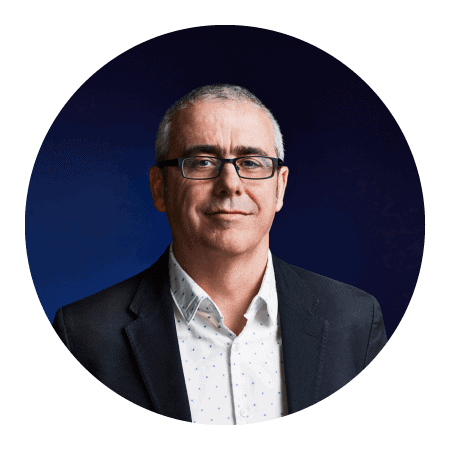 Neville joined Dynamic in 2010. After graduating from Bolton Street College of Technology in Dublin in 1992, he spent the following 9 years in the US developing his chosen profession in Architecture prior to returning to Europe. Neville heads a team of 20 architects and architectural technicians out of the Dynamic design studio in Dublin where he manages European, North American, Canadian and Middle Eastern roll outs of full architectural services, as well as site survey, tender packages, local authority permits, construction documentation, and 3D Visualization. Neville is closely involved in mini-kids’ rugby at his local rugby club.

CARE is the core of who we are

At Dynamic, we strive to maintain a sustainable business while exemplifying the qualities of superior leadership, exceptional service, and principled behaviors.

It drives excellence in our work, and is the magic sauce that has deepened and grown our network from day one. Our values guide our work every day:

Collaboration – We’re all on the same team. We work with our clients, suppliers, and each other to achieve a defined purpose through collective participation and engagement. There is no us vs. them.

Accountability – We own every step of the process. We strive for a positive solution in all situations and pride ourselves in taking responsibility for the outcome, no matter the result.

Reliability – We’re dependable. We fulfill our commitments to our clients and colleagues with consistency, dependability, accuracy, and honesty, and by communicating with respect.

Empathy – We listen. We seek to experience an understanding of another’s thoughts, feelings, and condition from his or her point of view regardless of any perceived differences we may experience.

We’ve met someone who’s been shaking things up for as long as we have.

In addition to supporting our local charities, Dynamic has partnered with Clean up the World, a twenty-five year old global non-profit that’s active in 130 countries around the world. Clean Up the World is a United Nations Environmental Partner that offers planning tools and event resources in support of Dynamic’s local office environmental initiatives around the globe.

Throughout the year, each of our local offices identifies an issue that’s close to our hearts, such as tree and habitat restoration, marine environment care, or urban recycling to name a few, and contributes manpower, organizational expertise and donations to these important conservation efforts.

You can check out our friends if you like at: cleanuptheworld.org

Previous Previous Next Next

Previous Previous Next Next